March 2014 - Transforming Our Lives & Our Planet With Tai Chi & Qigong

Did you know that emerging medical research is showing that Tai Chi and Qigong can profoundly improve mental, physical, and emotional health in ways that could save our health care system trillions of dollars in future health costs? Did you know that Tai Chi and Qigong are connecting people all over the world together each year in a global event whose motto of “One World … One Breath” is providing an example to the world of people coming together for the purpose of promoting personal and global health & healing? Were you aware that cutting edge neurological and sociological research is showing that mind-body practices are making the world a calmer, less violent, and safer place to live in?

World Tai Chi & Qigong Day founder, Bill Douglas, will paint a vision of where our planet is headed and how Tai Chi and Qigong will play a crucial role in our getting there, by examining the mounting medical research, neurological and genetic research, and the sociological data that indicates mind-body techniques such as Tai Chi and Qigong may be part of a global transformation that will dwarf any of the great leaps forward humanity has ever seen in history.

Bill will explain how when you do Tai Chi or Qigong in your extra room or your back yard, or tell a friend or relative or co-worker about it, you may be joining in a global evolutionary movement that is changing the very foundations of our planet, and in ways that our grandchildren will thank us for being a part of at this critical time in human history.

Sound too fantastic to believe? You won’t think so after hearing and participating in this upcoming Qi Talks with World Tai Chi & Qigong Day founder, Bill Douglas. 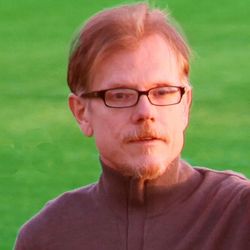 Bill Douglas is the Founder of World Tai Chi & Qigong Day, held the last Saturday of April in hundreds of cities in over 80 nations each year. Bill was the 2009 Inductee to the Internal Arts Hall of Fame in New York, and is the author of a best selling Tai Chi book, “The Complete Idiot’s Guide to Tai Chi & Qigong” published worldwide in several languages. Bill has been a Tai Chi source for The New York Times; Wall Street Journal; Reader’s Digest; BBC World Radio; China’s Xinhua (zin-wah) News Agency, and media worldwide. Bill was a pioneer in integrating Tai Chi and Qigong into modern healthcare, and currently teaches Tai Chi and Qigong Meditation classes through the University of Kansas Hospital system and KU Medical Center for patients with Heart Disease; MS; Parkinson’s; Cancer; Fibromyalgia; and other chronic health challenges.