…a fun exploration of how the emerging science of gene activation and deactivation smoothly maps into Qigong principles and serves to help explain why energy work works. 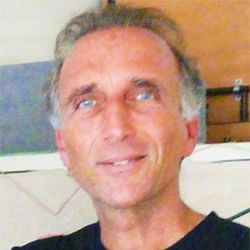 Francesco, a wellness advocate, musician, and Qigong instructor is the author of “Qigong – Essence of the Healing Dance” and “Tao of the Ride”. Francesco lived in China for years during an intensive study of martial arts and Traditional Chinese Medicine modalities, including acupuncture and Qigong. While there he produced and directed the one-hour documentary titled “Qigong – Ancient Chinese Healing for the 21st Century,” which airs nationwide across the PBS Television network and has been seen by over 88 million viewers. His instructional Qigong DVDs with Daisy Lee are respected around the world with over 450,000 copies sold. His WujiTech venture provides brainwave feedback tools for personal empowerment.