November 2015 - PERSONAL ENERGY CULTIVATION: The Missing Half of the Problem

We are fast running out of time. In November and December, 247 world leaders are meeting in Paris to ratify the Global Climate Change protocols. Problem is, they are only dealing with half of the issue - External Energy. They are missing the other half - Internal Energy, without which it can't work. That would be like pouring the highest quality fuel into a bucket with a hole in the bottom. Qigong is the missing half, but we can't call it a name that nobody can pronounce. The answer is to call it Personal Energy Cultivation - which everybody can understand and grok. Come and join in the discussion of how we can do this...and save the world from itself. 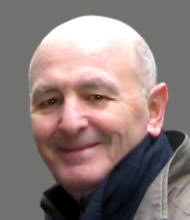 James Mac Ritchie, B.Ac.(UK), Lic.Ac.(CO), has practiced Classical Acupuncture since 1977. Originally from Liverpool, England, Jim lived in London, then in 1981 moved to Boulder, Colorado, USA. He met his first Qigong teachers, and began to develop 'Qigong Acupuncture' (sm). He was Co-Director of The Evolving Institute (1982-88) and The Body-Energy Center (1989-2007). Jim was Founding President of The Acupuncture Association of Colorado, and of The National Qigong (Chi Kung) Association USA. He has trained in China, presented and taught his work internationally, and has written a trilogy of books on Chi Kung for major publishers. In May 2013, he returned to his home town of Liverpool, where he now runs The Personal Energy Centre and The Qigong School. His most recent book is The Adventures of an Acupuncturer: A Clinical Autobiography of Qigong Acupuncture.