Based on the Five Elements, the Five Paths to Inner Power give us tools and resources to connect to our inner potential. Each path unlocks an energy, an intrinsic part of ourselves. Water is the power of Flow, Wood the power of Creativity, Fire the power of Bliss, Earth the power of Presence, and Metal the power of Energy. This journey of a thousand miles doesn’t begin with a step, but a good map. If that first step is in the wrong direction, you might be a thousand miles off from where you want to be. Where do you want to go? To arrive at the destination, a traveler needs a good map and plenty of fuel in the tank to get to the desired destination. The map keeps your energy lined up to where you want to go. Without a good map, that first step and the thousand that follow might be in the wrong direction. But, if the route is clear, and your energy strong, you end up leading the life that you want. The Five Paths to Inner Power help us explore the journey of life with more freedom, relaxation, inner peace, and strength. 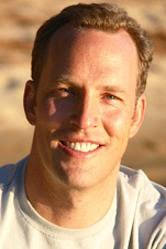 Lee Holden first discovered the healing power of QiGong and Tai Chi after experiencing injuries that nearly sidelined his Varsity Soccer career at the University of California, Berkeley. Impressed at how these ancient practices healed his body and allowed him to return to playing, he made their study a priority. Today, he is an internationally known instructor in meditation, Tai Chi, and QiGong, as well as a licensed acupuncturist, herbalist, and author (7 Minutes of Magic, Penguin 2007). His popular library of QiGong DVDs have made him a regular fixture on American Public Television and over 105 PBS stations throughout the U.S. and Canada. Lee’s unique QiGong programs have been seen in over 50 million households.

Lee’s expertise and down-to-earth teaching style have made him a popular speaker and workshop facilitator. He’s worked with world-famous healer Deepak Chopra as well as Mantak Chia, a widely revered QiGong expert. Holden is also a stress management consultant to top Silicon Valley corporations like Apple, 3Com, and Cisco, and has been the on-set wellness consultant for several Hollywood film productions.

Lee is a graduate of U.C., Berkeley, with a BA in Psychology. Lee, a “Doctor of Chinese Medicine,” is a graduate of Five Branches Institute in Santa Cruz, a leading acupuncture college in the U.S.