June 2017 - Slowing Down in a Fast World: Asian Wisdom in Western Living

‍
We live in a fast-paced world, full of anxiety, distractions and fear. In his book Quantum Soup: Fortune Cookies in Crisis, Chungliang Al Huang asks, “Have we grown so used to the pace that slowing down is frightening?” The challenge of finding resilience has never been greater. Can we slow down and recapture the connections that have suffered with the speed of daily living? Master Huang will assist listeners through Tai Ji metaphors, active visualization, sonic chanting mediation, and deep circular breathing methods with some qigong basics in the spirit of Taoist wisdom of “Wei Wu Wei”—doing by not forcing the doing, spontaneously following Nature’s Way to being fully alive. 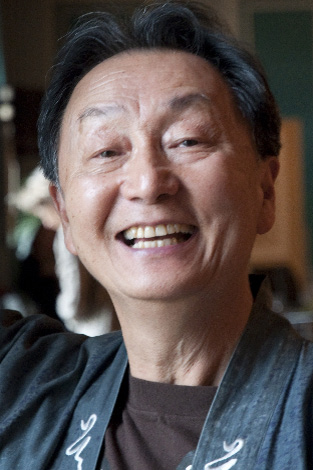 CHUNGLIANG AL HUANG, born in China, was immersed in the traditional study of tai ji, kung fu, brush calligraphy, and classic Chinese scholarly arts from a young age. In 1949, his family fled mainland China for Taiwan where he continued his studies. Huang came to the uni

ted States in 1955 first to study Architecture, with graduate work in Cutural Anthropology and Comparative Philosophy and Choreography. His intuitive knowledge of the ancient wisdom and rich traditions of his native China led to early collaborations with philosophers and scholars Joseph Needham, Joseph Campbell, Alan Watts, John Blofeld, Gregory Bateson, and Huston Smith. In demand as both a keynote and motivational speaker at conferences and workshops around the world, Huang returned to China in 1982 as a consultant to prominent American business groups. He is now the director of the International Lan Ting Institute with its Chinese base in the sacred Wu Yi Mountain, an UNESCO World Triple heritage Site, rich with historic, religious, and cultural arts traditions; and its United States base in Gold Beach on the Oregon coast. From the renowned Esalen Institute in Big Sur, California, to the world’s major capitals, he shares the stage with luminaries such as the Dalai Lama and anthropologist/primatologist Jane Goodall. Huang was featured in the 1988 inaugural segment of the PBS series “A World of Ideas,” moderated by Bill Moyers. He is the recipient of the prestigious Gold Medal from the Ministry of Education of the Republic of China, a fellow at the World Academy of Arts and Science, and an assembly member of A Parliament of the World’s Religions. As a performer of East-West cultural arts synthesis, he has performed at major world stages and international dance festivals, pioneered the Modern Dance movement in the Republic of China,1966-67, and directed the Hong Kong Dance Company in 1985. He and his wife, dancer Suzanne Pierce, were the first artists-in-residence at the Krannert Center for the Performing Arts (KCPA) at the University of Illinois since its inception. In 2013, KCPA revived Huang’s signature “The Tao of Bach,” combining Tai Ji dancing with music of J.S. Bach, with cellists David Darling and Michael Fitzpatrick, flutist Alexander Murray and harpist, Ann Yeung. The first “Tao of Bach” concert was a collaboration with The Paul Winter Consort at St. John the Divine Cathedral in New York City in 1980, and concluded at the Grace Cathedral in San Francisco 1982. in celebration of KCPA’s 50th anniversary in the 2018-19th season, Huang will restage a world premiere of Gustav Mahler’s “Das Lied von der Erde,” based on Tang Dynasty poems by Li Bai and Wang Wei. In addition to Paul Winter and the “Tao of Bach” musicians, Huang’s other performing collaborators have included singer John Denver and Joan Baez, flutists Paul Horn, Michael Faust and Lorna McGee, pianists Lorin Hollander and Robert Levin, and acoustic harpist, Andreas Vollenweider. Architect, performing artist, brush calligrapher, Huang is also a celebrated author, with a number of best-selling books to his credit. These include the classic Embrace Tiger, Return to Mountain, which has been translated into 17 languages and is now in its 43rd year of publication. Other popular titles include Essential Tai Ji, Quantum Soup, and The Chinese Book of Animal Powers. Huang is co-author of Tao: The Watercourse Way (Pantheon Books) with Alan Watts and a series of books, co-authored with Jerry Lynch on sports/body/mind training including the best-selling Thinking Body, Dancing Mind (Bantam Books). As a teacher/mentor, his intuitive knowledge of the intellectual and spiritual aspects of East-West Synthesis, along with his total devotion to his students, have endeared him to thousands of people around the world. www.livingtao.org