May 2019 - The Energy in your Dreams: An Exploration of Energetic Archetypes in the DreamTime

The eminent physician and psychologist Carl Jung was deeply influenced by Daoist thought. What might have occurred if he had chosen to pursue the Daoist Arts after he wrote the forward to the classic "Secret of the Golden Flower?" Come explore the place in which Daoist Cosmology and Qigong can be actively used to reveal the internal world of your dreams, and move toward the synergetic field of what I call "Depth Energy Psychology". 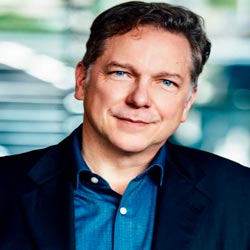 Dr. Michael DeMolina PhD has 30 years as a psychotherapist, trainer and consultant, and has dedicated his career in seeking out the most powerful methods of healing and transformation. He has lectured in over 60 cities as a certifying Trainer with the Society of NLP, and as a 20 year Master Trainer of EFT, has taught thousands across North and South America. His background includes several years as Chairman of the Board of National Qigong Association (US), after which he was selected as a “National Expert in Tai Chi” by the University of Illinois, Urbana-Champaign. He is the founder and director of Wisdom Traditions, an Integrative Wellness Center in Alaska. Michael is most interested in exploring the areas in which ancient wisdom meets modern discovery; the place where science and spirit are One!