Over the last 20 years, perhaps longer, there has been a growing phenomenon in this part of the world and in other Western countries. For every one trip to a doctor, westerners are making seven trips to alternative health sources; they have been going to their organic food market, yoga classes, Qigong and Tai chi classes, massage therapist, acupuncturist, acupressurist, and treatments for other forms of body work and energetic healing.

There is also a growing awareness of how our emotions affect our health. Even western science has branches of medicine that now study the effect our emotions have on our physical body. Among seniors, we find a more focused approach to these modalities to better their health in conjunction with allopathic medical advice. They have created, what has come to be called by some, “a personal health care system”.

Shortly after World War II and during the Cultural Revolution, the Chinese government discovered they had only 30,000 western-trained physicians for a population of several 100 million people which was vastly inadequate. By integrating Qigong into already existing western medical modalities, Qigong became a big part of the Chinese National Health Care system. Many instructors, such as I, who teach across the US are amazed at the openness our senior citizens have to learn and practice these modalities. I have personally taught classes for the American Lung Association, American Cancer Society, hematology centers and for hospice staff.

In most cases, these are populations who had no idea of the existence of Qigong and how accessible the practices are once you begin to learn them. It is the subculture of these groups which I have been fortunate to come across in the last 30 years of teaching in my immediate community. It’s a very interesting dynamic — I live in an area with the 4th largest population of millionaires in the US as well as a large farming community — both indigenous and migrant.

It is the strange dynamic that has embraced Qigong on so many levels. From time to time, this has proved challenging, given that I live in a Bible belt area. I see it as my job to educate and inform. I stress the teaching of therapeutic benefits rather than the mystical side of the art. It is most important that westerners understand the effects of Qigong, not only on the major organs, but also how it improves sleep, digestion, the immune system, the respiratory and skeletal systems as well as the endocrine system, the brain, and the central nervous system.

I find this approach opens many doors, especially during the challenging time of COVID. I appreciate the opportunity to discuss this. 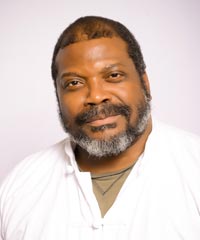 John M. Walcott is the Chief Instructor: A.S. B.A. M.M.Q. Adept and 40-year veteran of the healing and martial arts. He started his training in 1977 with the Grandmaster Alan Lee’s Kung-fu Wu-su association. He is a certified instructor in Tam Tui Chuan Kung-fu and Bagua Zhang, a 5th degree Black belt in Nesei Go-ju Ryu Karatedo under Grandmaster Frank Ruiz. Mr. Walcott has trained in the three major schools of medical qigong and Qigong healing: the International Institute of Medical Qigong and the International College Masters Level, Isabel Gatto Method of Intentional healing (Adept level) and acupressure, and The Qigong Institute of Rochester (Advanced Practitioner). Certified in Asian bodywork therapies including 5 Element Acupuncture. He is a former Member of the Board of directors of the National Qigong Association (www.nqa.org). He is the founder of the Cloudwalker Place – a mind/body healing system, and Senior instructor with the Vero Beach Qi-gong Society. He can be reached at P.O. Box 5662, Fort Pierce, FL 34950, johnwalcott@comcast.net or www.thecloudwalkerplace.com (772) 453-6449